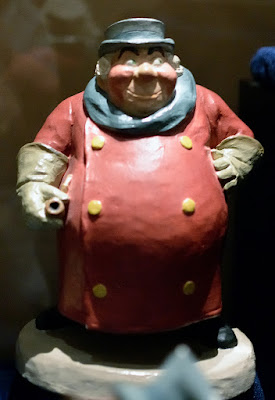 As you can imagine, I'm really intrigued by the new collection from Enesco that was previewed recently at the D23 Expo in Anaheim, CA.

A recent discussion on the blog, a fellow collector shared some great links on the maquettes (be sure to check them out!) and was thrilled to see some releases I had hoped for under the Walt Disney Classics Collection, maquettes were created for these characters. I couldn't help put a wish list together aka my own personal campaign to hopefully see these considered for future release.

Top of my list is the Coachman from Pinocchio (pictured above).  This was one character from Pinocchio I lobbied hard for. The only villain from the animated classic that was never done.

In an article on Charles Cristadoro, not a familiar Disney artist to many, was involved in the sculpting of the first maquettes done.  In the article was the following:

Of his character models, it is claimed that Cristadoro created the original Geppetto and Pinocchio models. Cristadoro's first assignment was to sculpt fellow Italian and wood carver Geppetto. The carving was of Geppetto sitting on a tool chest, with his hand holding his face, his feet slightly pigeon toed and his face having a casual expression. Cristadoro had done the figure in just eight hours, left his work and went home. Joe Grant and Bob Jones were in the studio after all the artists had gone home. They saw the Cristadoro figure and then Walt walked in. Walt picked up the Cristadoro figure, studying the figure at every angle, examining the tangible image to that in his imagination. Jones and Grant stood there waiting for the verdict. Walt said, "This is it!" Jones recalled, "I'll never forget that day." Walt loved and was fascinated by these little figures.

I'm guessing this is the model they were referring to in the article and would love to see this one done, based on it's back story. 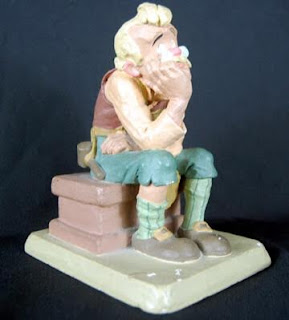 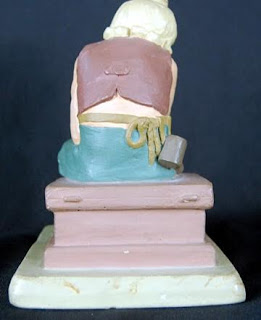 Another film favorite is The Adventures of Mr. Toad.  Came across this maquette of Mole in one of the articles. As you can guess,  another maquette on my list. 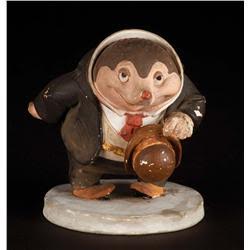 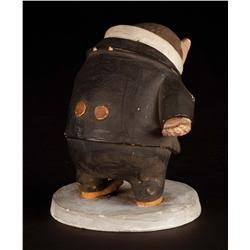 I also came across artwork for this beautiful Centaurette during the days of the Walt Disney Classics Collection. Stumbling across this photo, can only hope and dream one day, that possibly she would be considered as a future release. 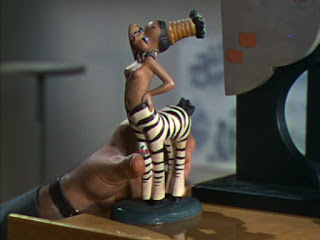 When and where will the new Enesco figurines be available and what are they sculpted in? Thanks for any info!

The sculptures are made of resin. Have not seen an official dealer listing as of late. Product is starting to arrive at retailers.

At this time, I know the following former WDCC retailers will be carrying the line:

I would love to see them do the elephants with the head dresses from dumbo. I have all the ones from wdcc and was disappointed when they ended the line that they never came around of doing any of them. It would be cool to make one to compliment the wdcc of mrs jumbo and dumbo on hay. With the other elephants looking at them from the window in the train scene.

The Elephants would be a great compliment to the Dumbo and Mrs. Jumbo piece.

I understand there is a period of films there are no maquettes available and this line will be based on actual maquettes. Don't know if Dumbo falls into that category or not.

I would like to see the remaining Crows done. Could be a cool display, mix of maquette and final animation.

I'm so sorry to see that your old site is apparently down. I'm looking for information on current valuations on WDCC pieces. I have an extensive collection, and am considering donating the majority of it to the local children's hospital.... But they (and my accountant) will need some information to determine valuations. Any ideas?

In the process of moving servers, just completed. Site is back up and running! Let me know if you have any problems.