DISNEY TWENTY-THREE TAKES READERS BEHIND THE SCENES
OF THE SPECTACULAR DISNEY CALIFORNIA ADVENTURE EXPANSION IN ITS ALL-NEW FALL ISSUE
Disney Fans Also See the Making of D23’s ‘Treasures of the Walt Disney Archives,’ Preview Tim Burton’s Frankenweenie, and Get a Sneak Peek
of Once Upon a Time’s New Season

BURBANK, Calif. – July 27, 2012 – From the high-octane thrills of Cars Land to the immersive beauty of Buena Vista Street, the fall issue of Disney twenty-three, the flagship magazine of D23: The OfficialDisney Fan Club, offers a complete insider’s guide to the spectacular expansion of Disney California Adventure.

Available nationwide on Aug. 14, the fall issue of Disney twenty-three takes readers on a journey through the stunning reimagining of the park with exclusive interviews, breathtaking photography, and surprising details straight from Disney Imagineers, who designed the new buildings, attractions and entertainment featured in the park. Along with the new issue, D23 Gold Members will receive a special member-only gift: a colorful, commemorative magneticpostcard celebrating Disney California Adventure’s incredible expansion.

“Disney fans around the world are flocking to Disney California Adventure to experience the extraordinary transformation of the park,” said Steven Clark, head of D23: The Official Disney Fan Club. “With the fall issue of the magazine, we decided to take D23 Members more deeply than ever into the making of 20 new attractions and shows that have been added to the park during the five-year expansion.”

The fall issue also celebrates ABC’s hit series Once Upon A Time, looking at the show’s roots in Disney mythology and offering a sneak peek at its upcoming second season. The story features exclusive interviews with the show’s creators and stars, including Jennifer Morrison, Josh Dallas and Ginnifer Goodwin — a D23 Member who opens up about her love of all things Disney.
Disney twenty-three also explores the most exciting new developments throughout Disney – while offering new insight into fan favorites. In its pages, Disney fans will be able to:
In conjunction with the release of fall issue of Disney twenty-three, for the first time www.D23.comwill feature original and exclusive stories that complement the contents ofD23’s beautiful, glossy magazine. Only available on D23.com, beginning August 14:
Disney twenty-three is delivered directly to the doorstep of all D23 Gold Members, along with a special gift. Disney twenty-three magazine is also available at retail locations across the country for $15.95, and can also be purchased online at DisneyStore.com and throughout the Disneyland® and Walt Disney World® Resorts.

D23: The Official Disney Fan Club celebrates the remarkable past, present and future of Disney, taking its name from 1923, the year Walt Disney founded his world-famous company. D23 brings its members a host of exclusive benefits, including a weekly e-mail newsletter; an array of discounts and special offers; free gifts throughout the year; and exclusive, member-only special events.

Disney fans can join the world’s only Official Disney Fan Club by visiting www.D23.com, or at select shops at the Disneyland® Resort, the Walt Disney World® Resort and www.DisneyStore.com/D23. To keep up with all the latest D23 news and events, follow “DisneyD23” on Twitter, YouTube and Facebook.
Posted by DC Pop Fanatic at 2:15 PM 1 comments 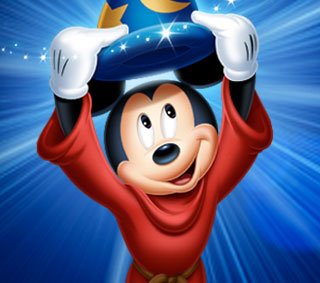 BURBANK, Calif. – July 26, 2012 – On Thursday, Aug. 9, at 10 a.m. PT, D23: The Official Disney Fan Club will begin selling tickets for the next D23 Expo, which will open one year later and run from Aug. 9-11, 2013, at the Anaheim Convention Center. The largest Disney fan event in the world, the D23 Expo celebrates the entire world of Disney entertainment and brings together all parts of The Walt Disney Company under one roof, including The Walt Disney Studios; Walt Disney Parks and Resorts; Disney Consumer Products; Media Networks (including ABC, ABC Family, Disney Channel, and Radio Disney) and Disney Interactive. D23 Expo 2013 marks the third Expo held in Anaheim, following Expos in 2009 and 2011.

More than 40,000 Disney fans from around the world gathered at the Anaheim Convention Center in 2011 for the second D23 Expo: The Ultimate Disney Fan Event. In anticipation of even bigger attendance, D23 Expo 2013 will feature: an overflow theater for the D23 Arena, which will accommodate more than 2,000 guests for live streaming of the popular Arena presentations; nearly double the size of presentation venue Stage 23 (formerly 1,000 seats); and an expanded show floor, to include Halls A, B, C and D, as well as a larger Collectors’ Forum to provide even more magical experiences for guests.

D23 Expo 2013 will also feature the Disney Legends Awards–a stirring biennial event that pays tribute to the talented men and women who have made indelible contributions to the Disney legacy; an all-new Fan Art Contest themed to the upcoming 50th anniversary of Mary Poppins; the 12,000 square-foot Treasures of the Walt Disney Archives exhibit featuring costumes, props, and set pieces from Disney’s rich history; plus amazing live events, celebrity appearances, panels and presentations, sneak peeks, and unique experiences that celebrate the past, present, and future of Disney.

The SORCERER PACKAGE includes:
·       Three-day admission ticket
·       Reserved seating at all presentations in the D23 Arena and Stage 23
·       Commemorative Sorcerer credential
·       Pre-Expo tour of the Treasures of the Walt Disney Archives exhibit
·       Exclusive shopping time in the D23 Expo Dream Store and the Treasure Trove the day before the Expo is open to guests
·       Exclusive tour of the D23 Expo show floor the day before the Expo is open to the public
·       Private welcome reception
·       Special entrance to the Expo each morning
·       Hardbound Treasures of the Walt Disney Archives catalog
·       Hardbound Disney Legends ceremony commemorative program
·       A voucher for an appointment with an on-site massage therapist
·       Exclusive D23 Expo 2013 tote bag filled with gifts
·       “Fond Farewell” reception on final day of Expo
·       In addition, Sorcerer-level members have access to the Sorcerer Member Lounge

Sorcerer Package tickets will be available exclusively to both Gold- and Silver- level D23 Members at $1,500 per ticket. Members will also have the option to purchase up to two Sorcerer tickets. Additional details and benefit are highlighted at www.D23Expo.com.

D23 Members receive early admission to the Expo show floor, and D23 will once again give a special thanks to D23 Charter Members, providing them special access to the Expo’s Charter Member Lounge.

Visit www.D23Expo.com to relive some of the extraordinary experiences from the first two Expo events and get a peek at what’s to come in 2013.
Posted by DC Pop Fanatic at 12:20 PM 0 comments

The '20th Anniversary' Sculpture has Sold Out! 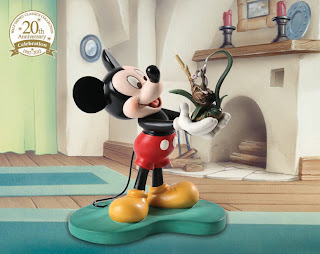 The Walt Disney Classics Collection announced the Sold Out status of Mickey Mouse and the Field Mouse sculpture ("It All Started With a Field Mouse").


A highly sought-after collectors item, the Field Mouse (from the 1942 animated classic Bambi) has come to symbolize the exacting animation principles and beautiful artistry of the Walt Disney Classics Collection.
Sculpted by Patrick Romandy-Simmons, the sculpture is plussed with pewter leaves and a delicately detailed bronze miniature Field Mouse is Limited to Production Year 2012.
Posted by DC Pop Fanatic at 1:50 PM 6 comments 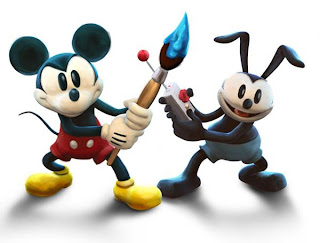 Disney Interactive is happy to announce that the highly-anticipated Disney Epic Mickey 2: The Power of Two video game will be featured in a panel at the Comic-Con International 2012 show in San Diego on Sunday, July 15th at 1:00pm in Room 25ABC.


In addition, please find below the never-before-seen opening movie for the game titled “A Story Begins.”

The Disney Epic Mickey 2: The Power of Two video game returns Mickey Mouse and Oswald the Lucky Rabbit to Wasteland, an alternate world filled with more than 80 years of forgotten Disney characters and theme park attractions. But for the first time, Mickey and Oswald will join forces as true partners - Mickey with the magical paint brush that allows him to wield paint and thinner, and Oswald with a powerful remote control that allows him to command electricity.

This new co-op play further enhances the idea that “PlayStyle Matters” – a unique approach to gameplay pioneered by Warren Spector where players tackle challenges the way they want to in order to explore a variety of possibilities and storylines, but always with consequences for their chosen actions.
Posted by DC Pop Fanatic at 11:45 AM 1 comments