Two weeks ago I did a 'Looking Back' entry on Scrooge and Marley from Disney's classic, animated short, Mickey's Christmas Carol.

Another favorite release by the Walt Disney Classics Collection from that short was Scrooge McDuck (as Ebenezer Scrooge) and Daisy Duck (as Isabelle).

This year, I added a new twist to the scene adding the Jiminy Cricket ornament. It was a perfect fit both in size and moment from that short, as Ebenezer was visiting his past and Jiminy was the Ghost of Christmas Past.

Scrooge and Daisy, sculpted by Ruben Procopio were Limited to Production Year 2010 and released in December of that year. It was a two-piece set release. 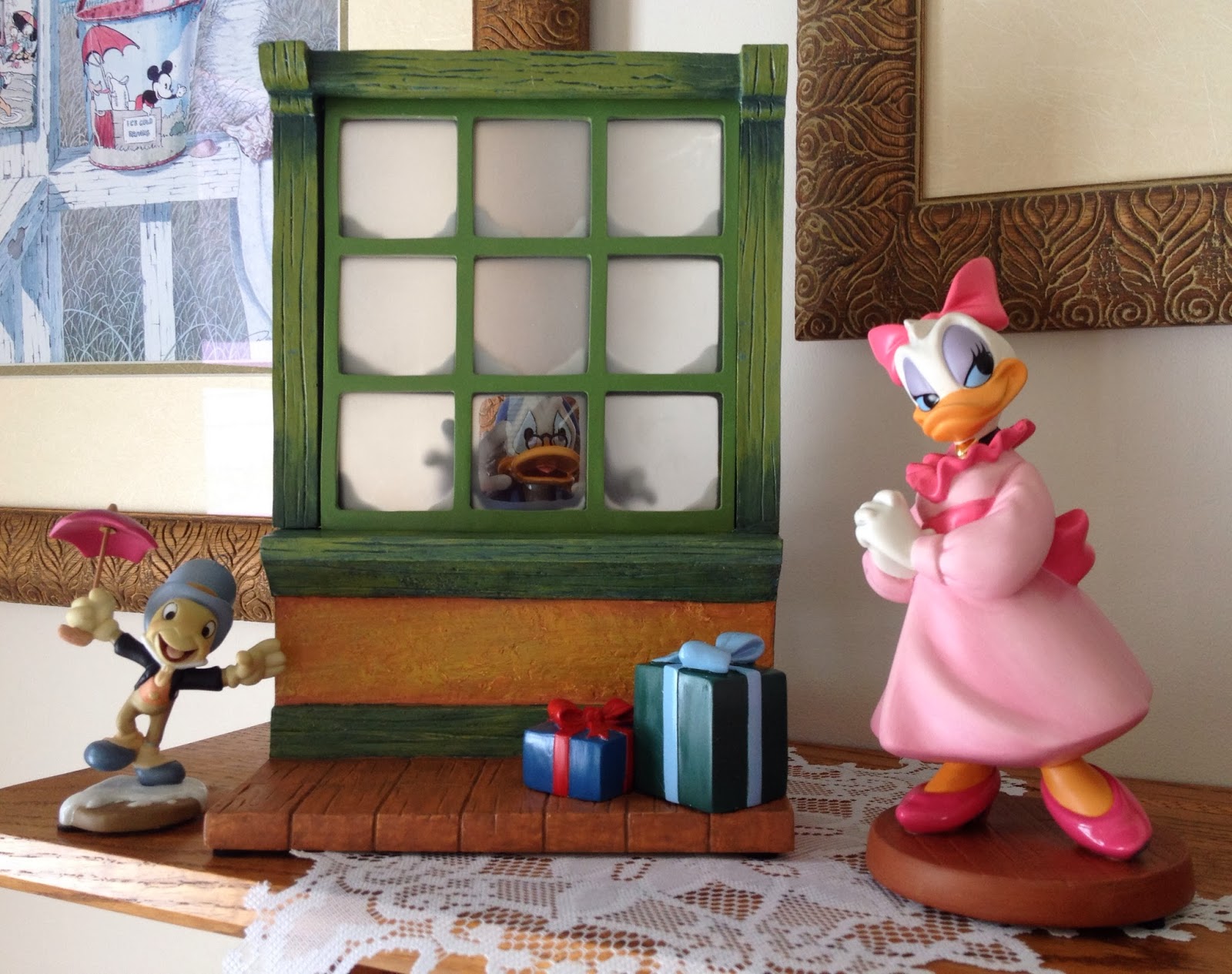 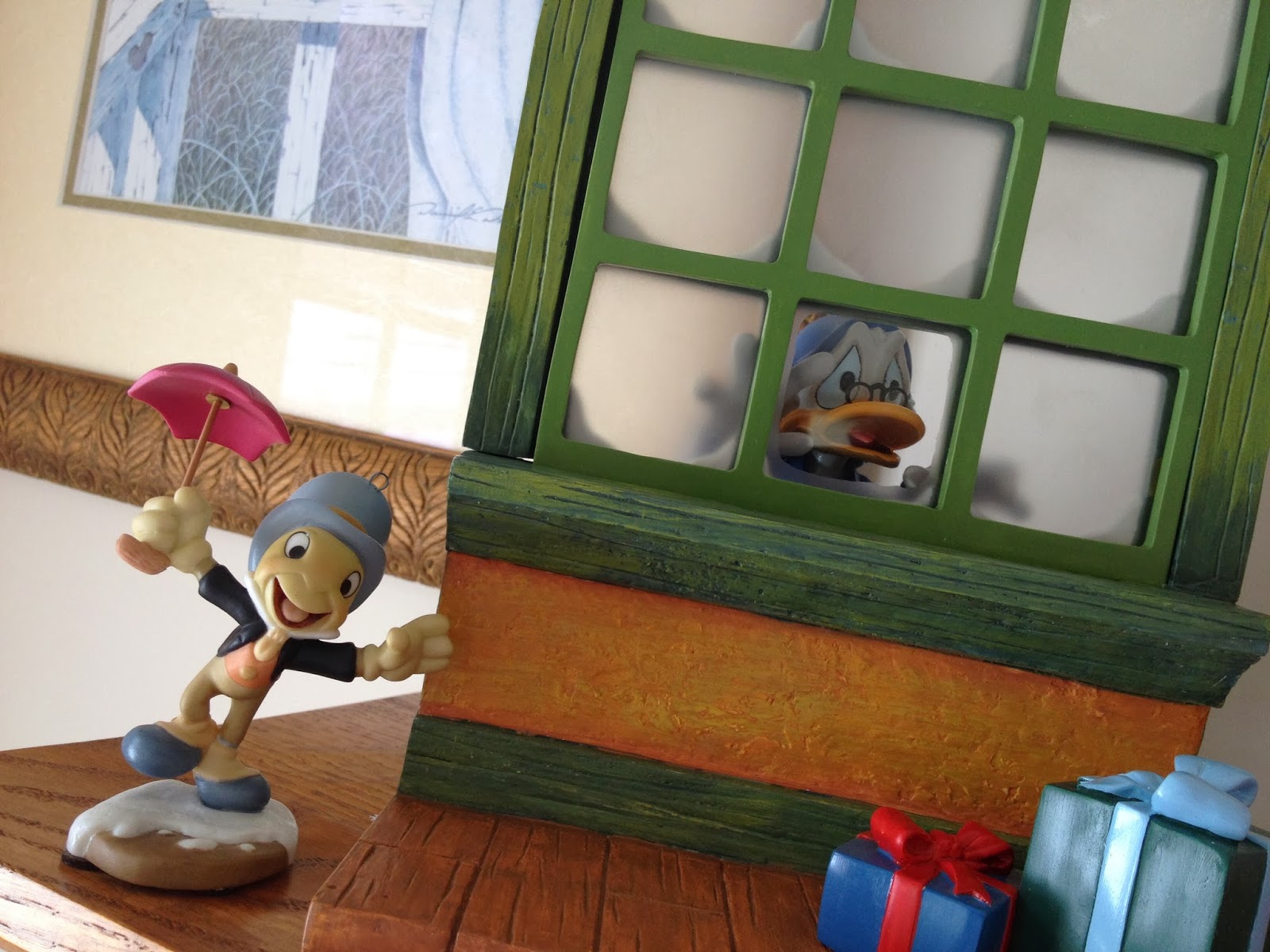 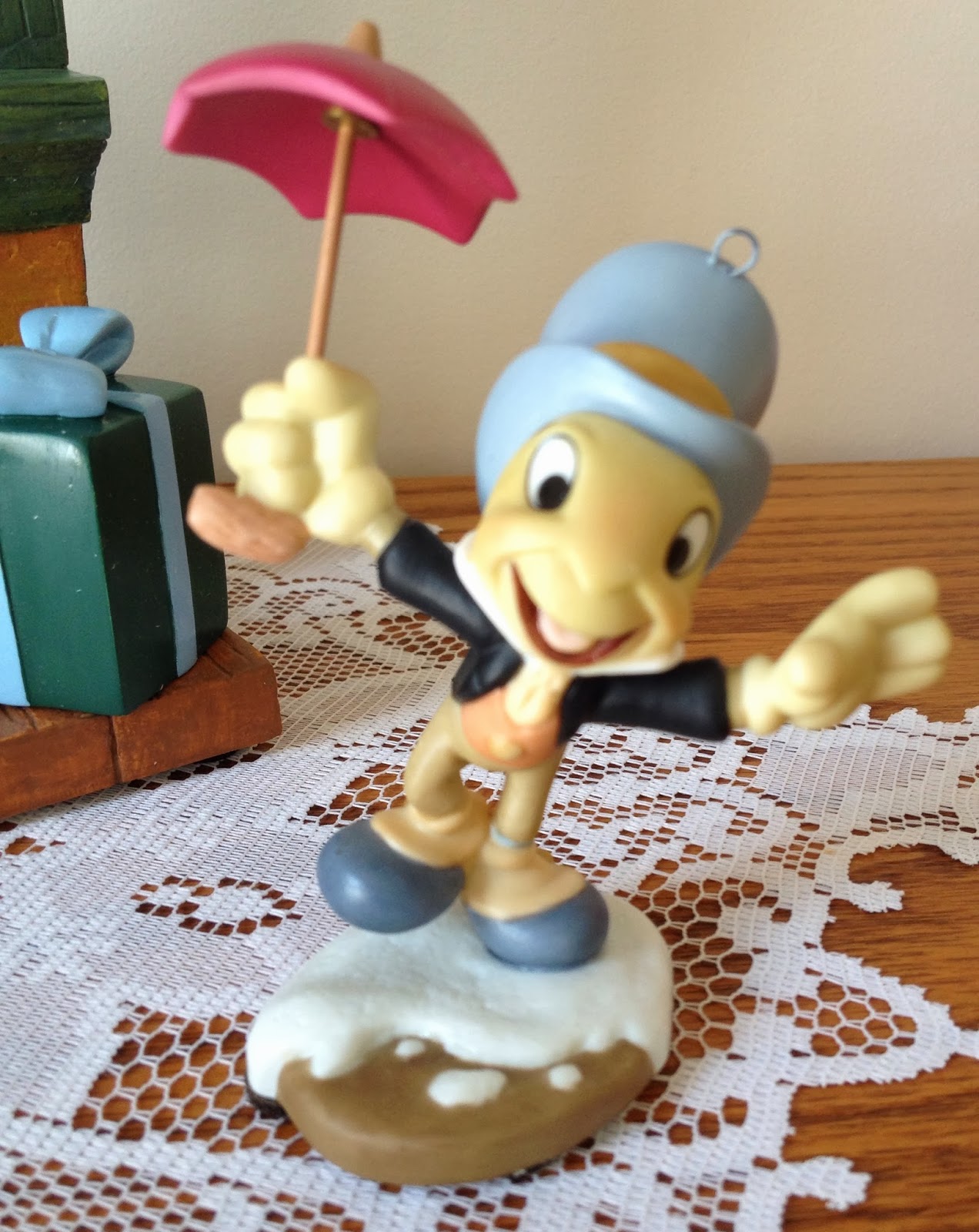 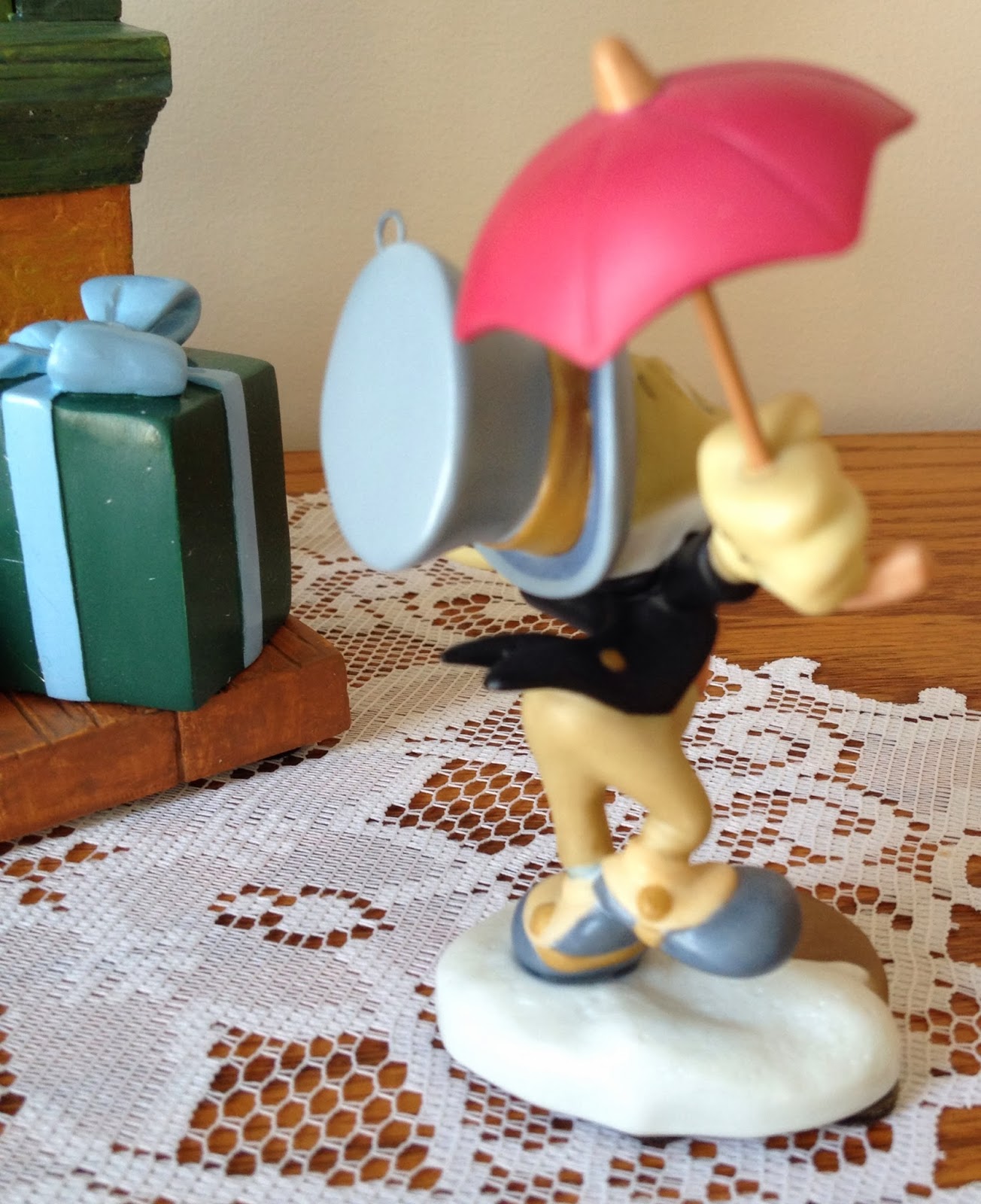 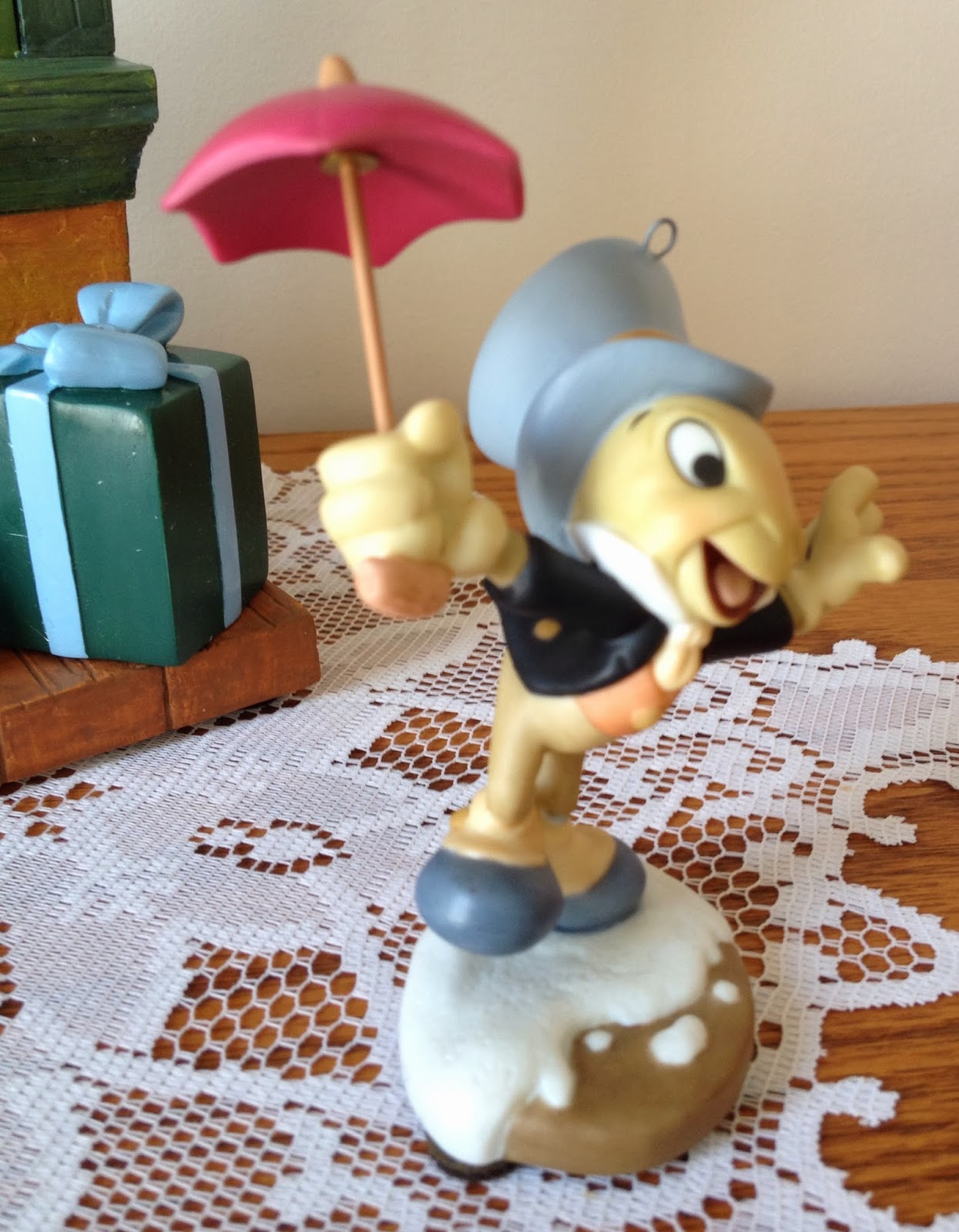 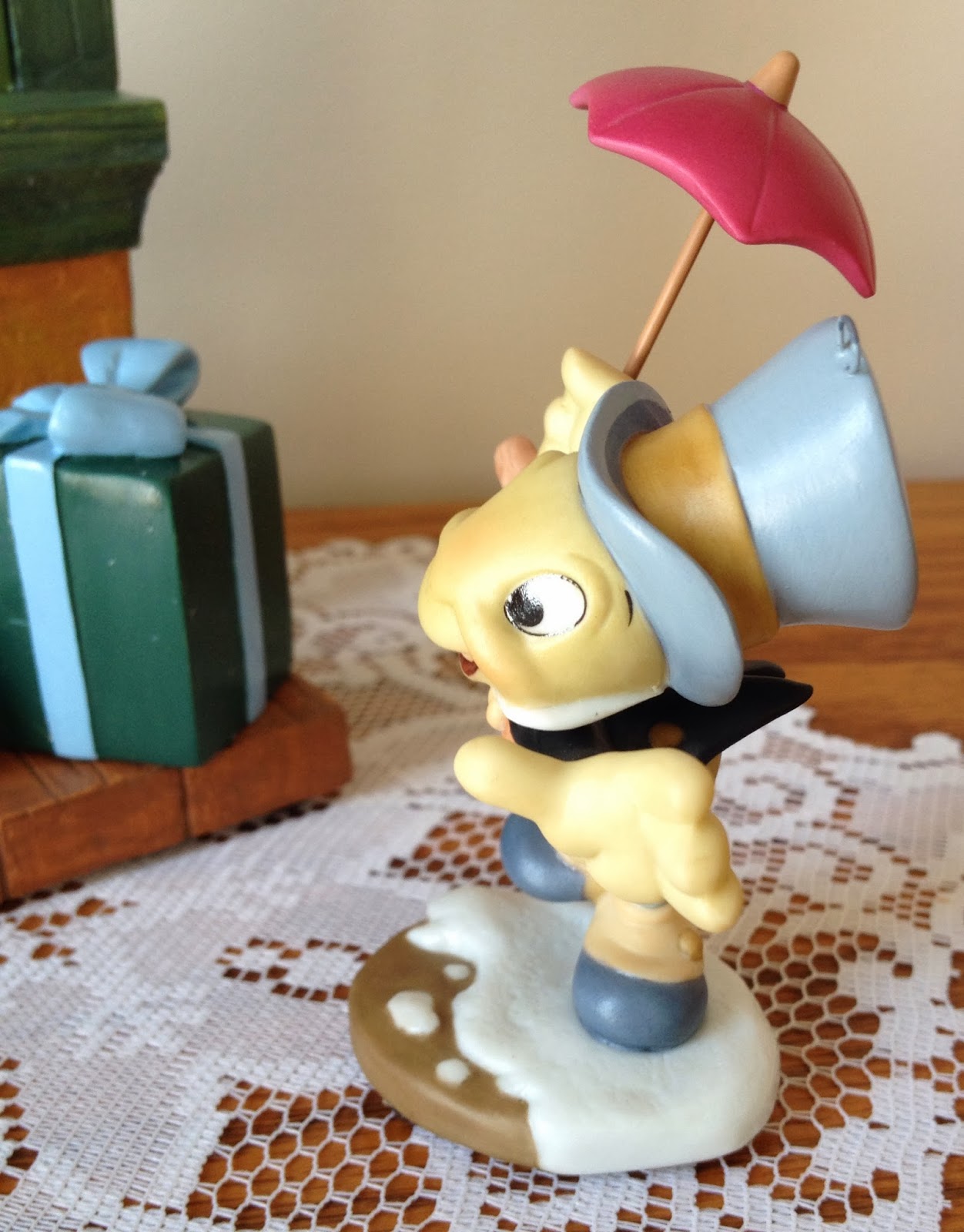 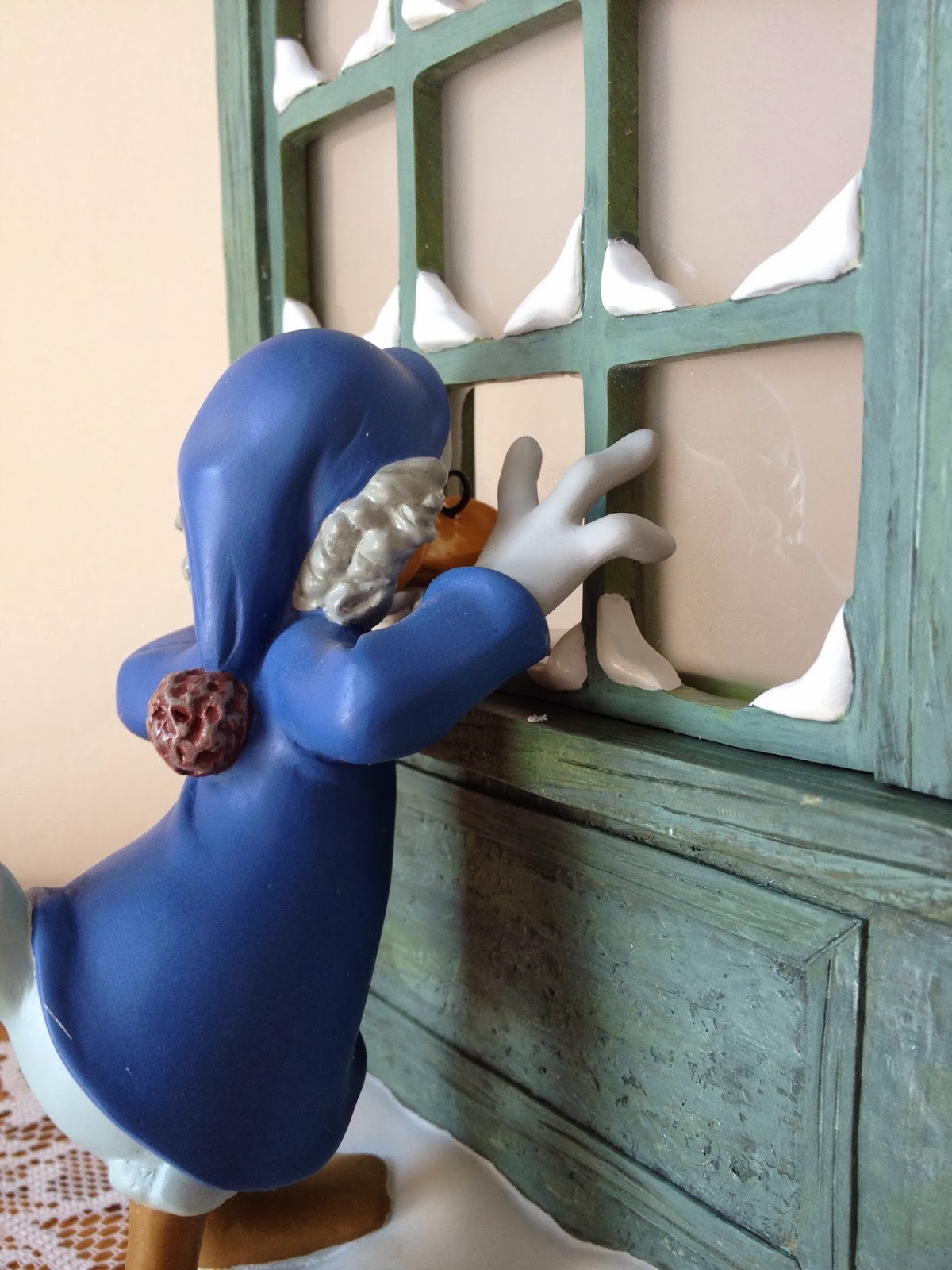 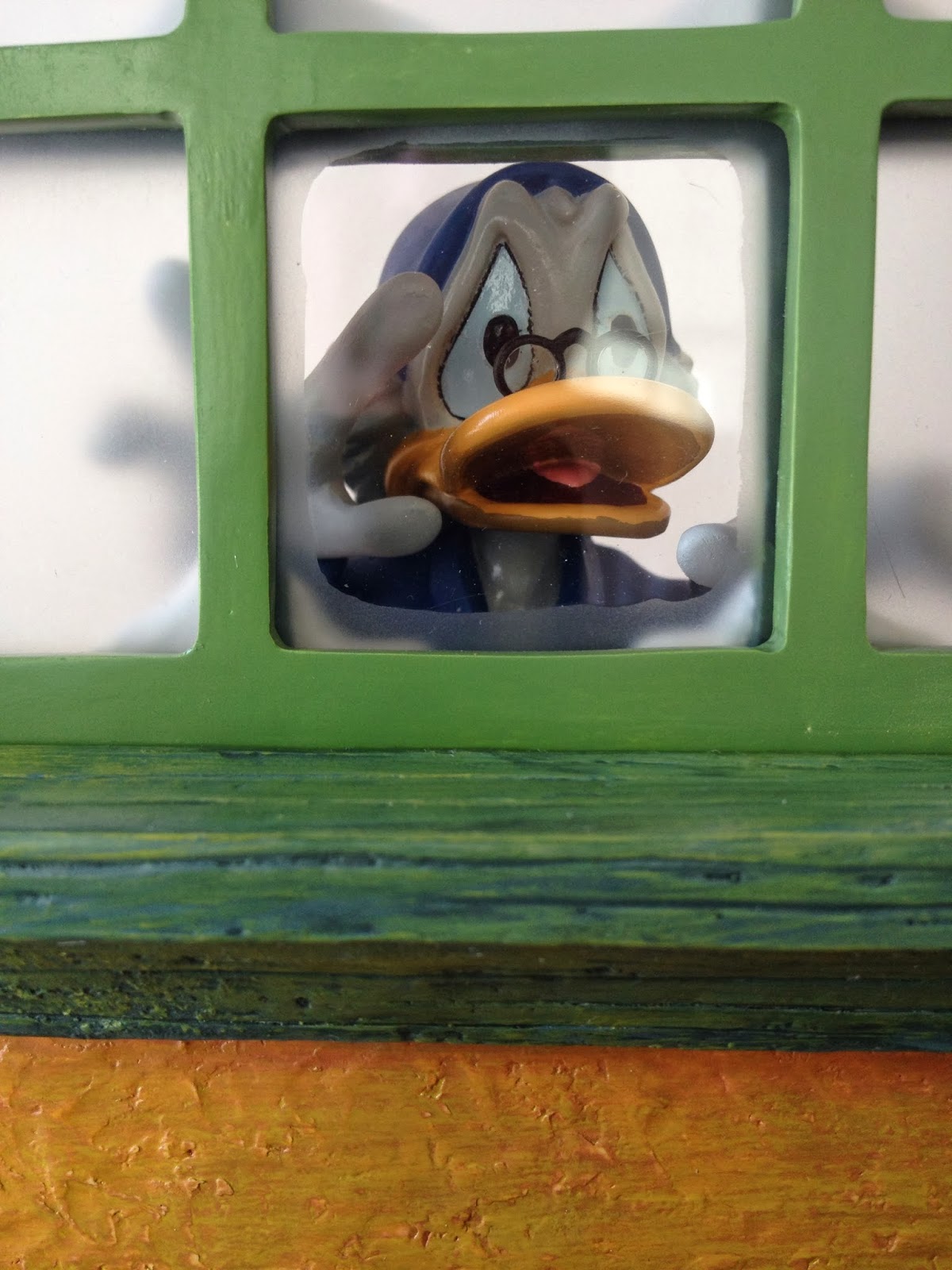 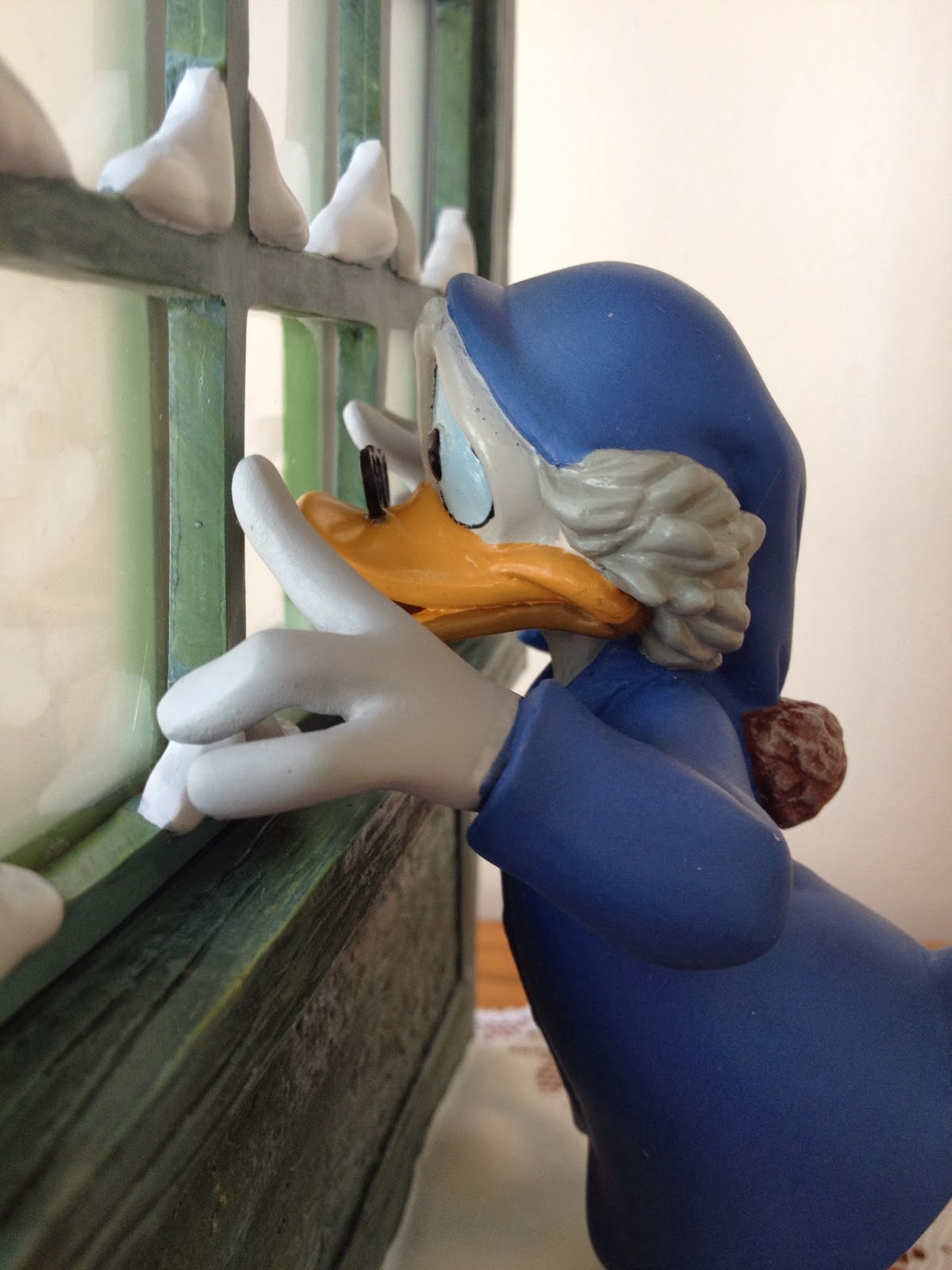 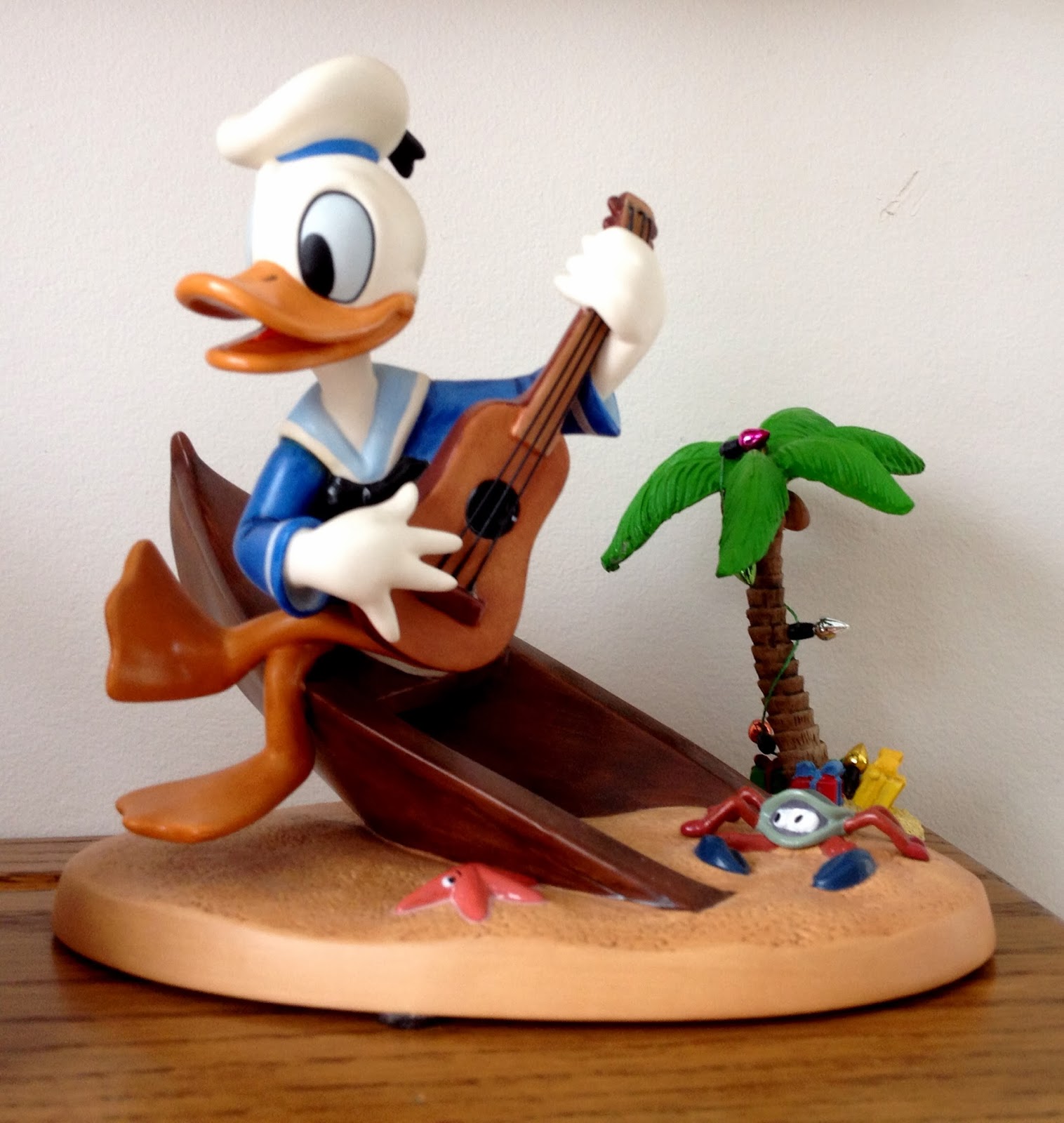 Hawaiian Holiday, a favorite Disney short was the subject of a Walt Disney Classics Collection scene release in February, 2009.

This year, decided to give the scene a holiday feel, so seeked out holiday palm trees and came across these 4" resin ornaments, complete with tree lights (resin lights and string) and packages.

I wish they would have been slightly taller but very content with the detail, well done paint job and the subtle holiday feel they gave the scene. 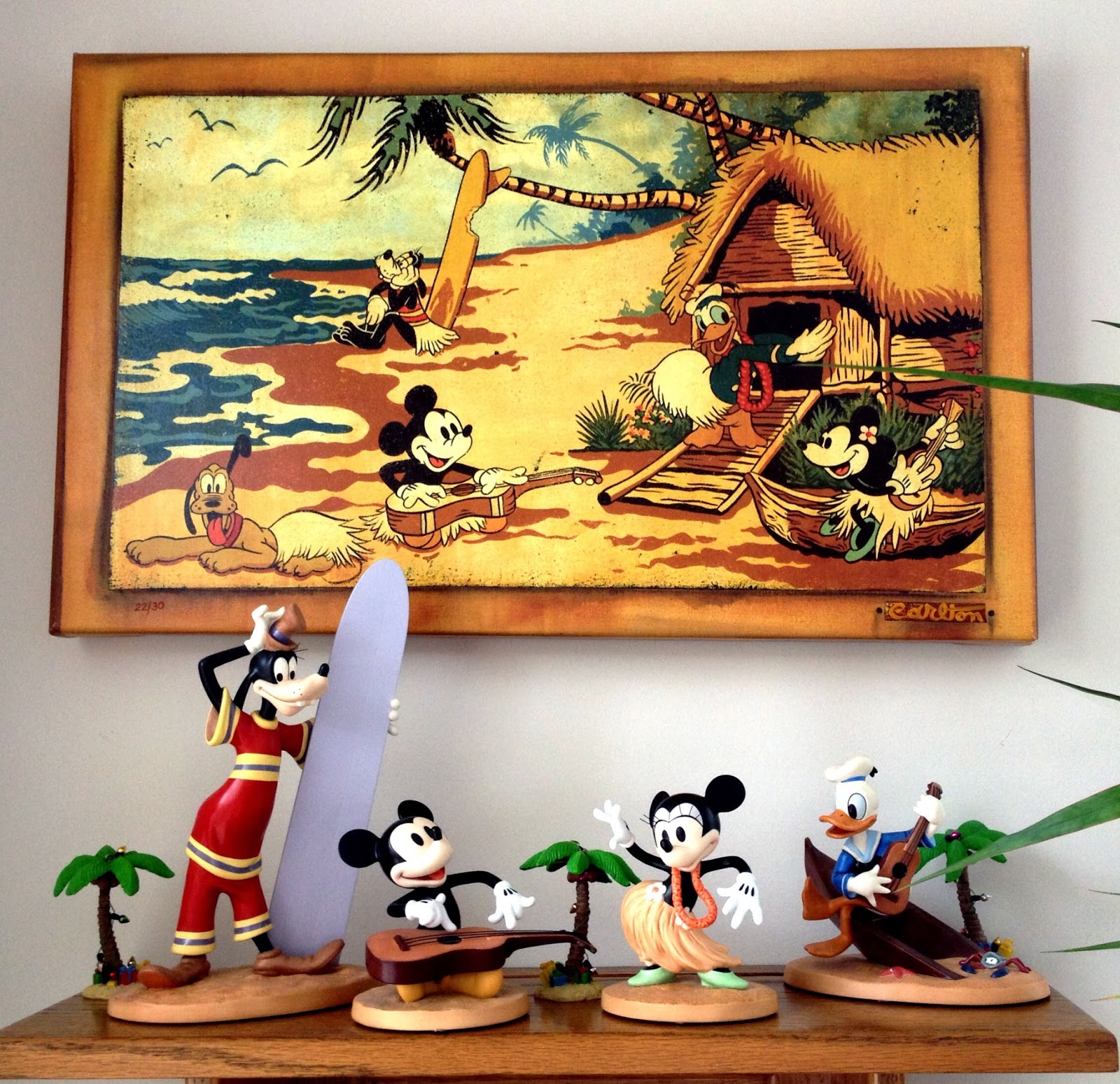 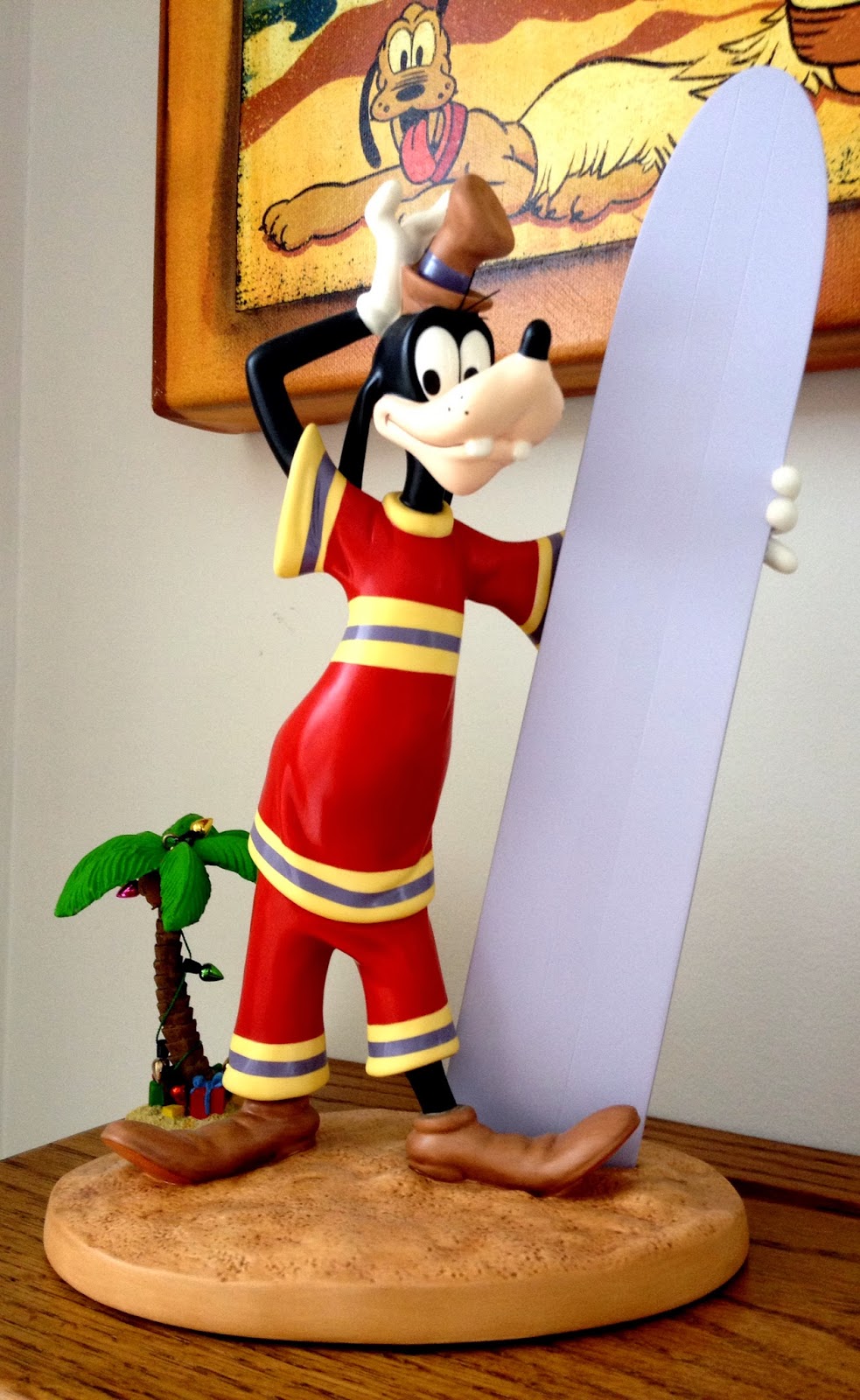 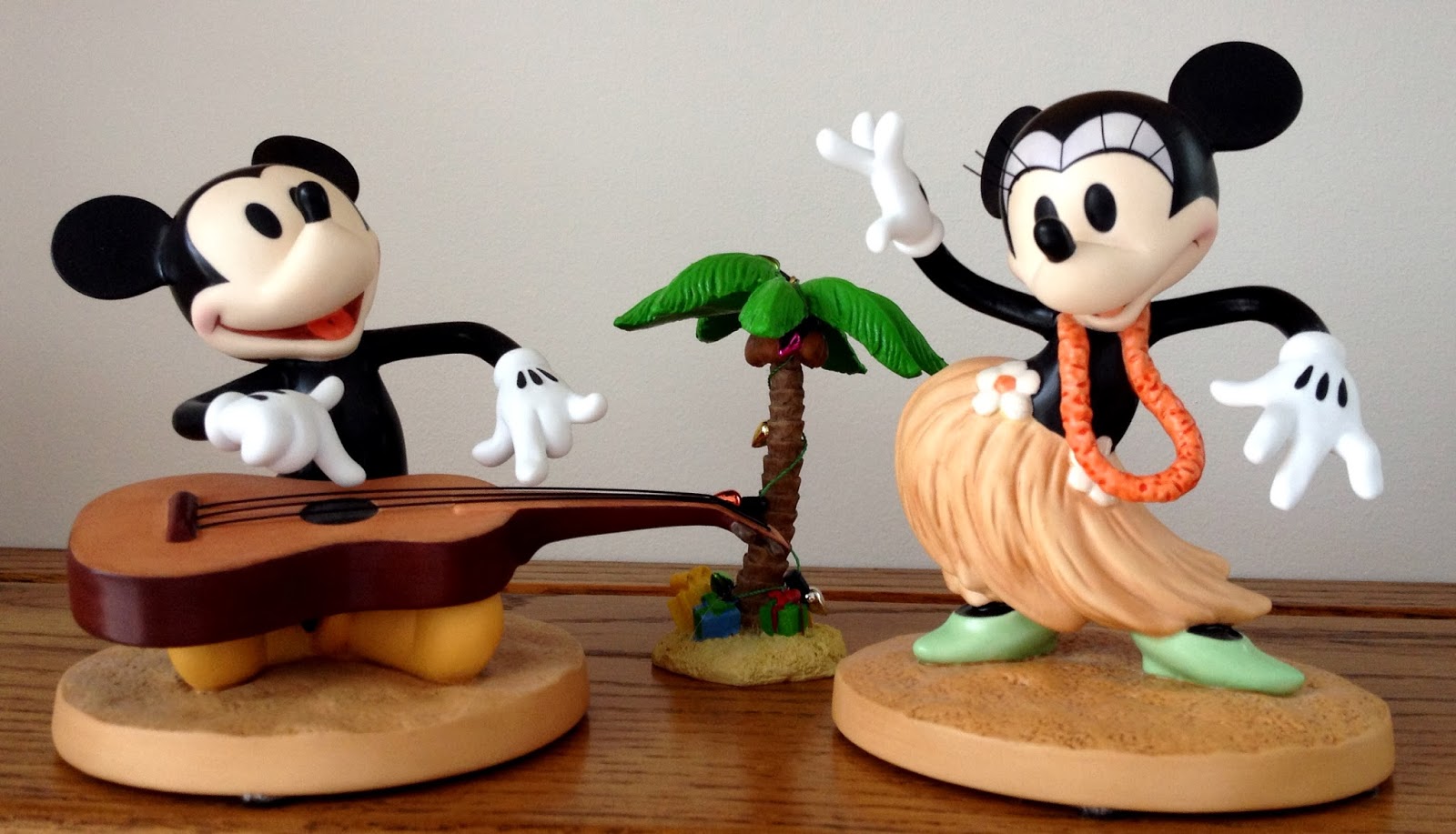 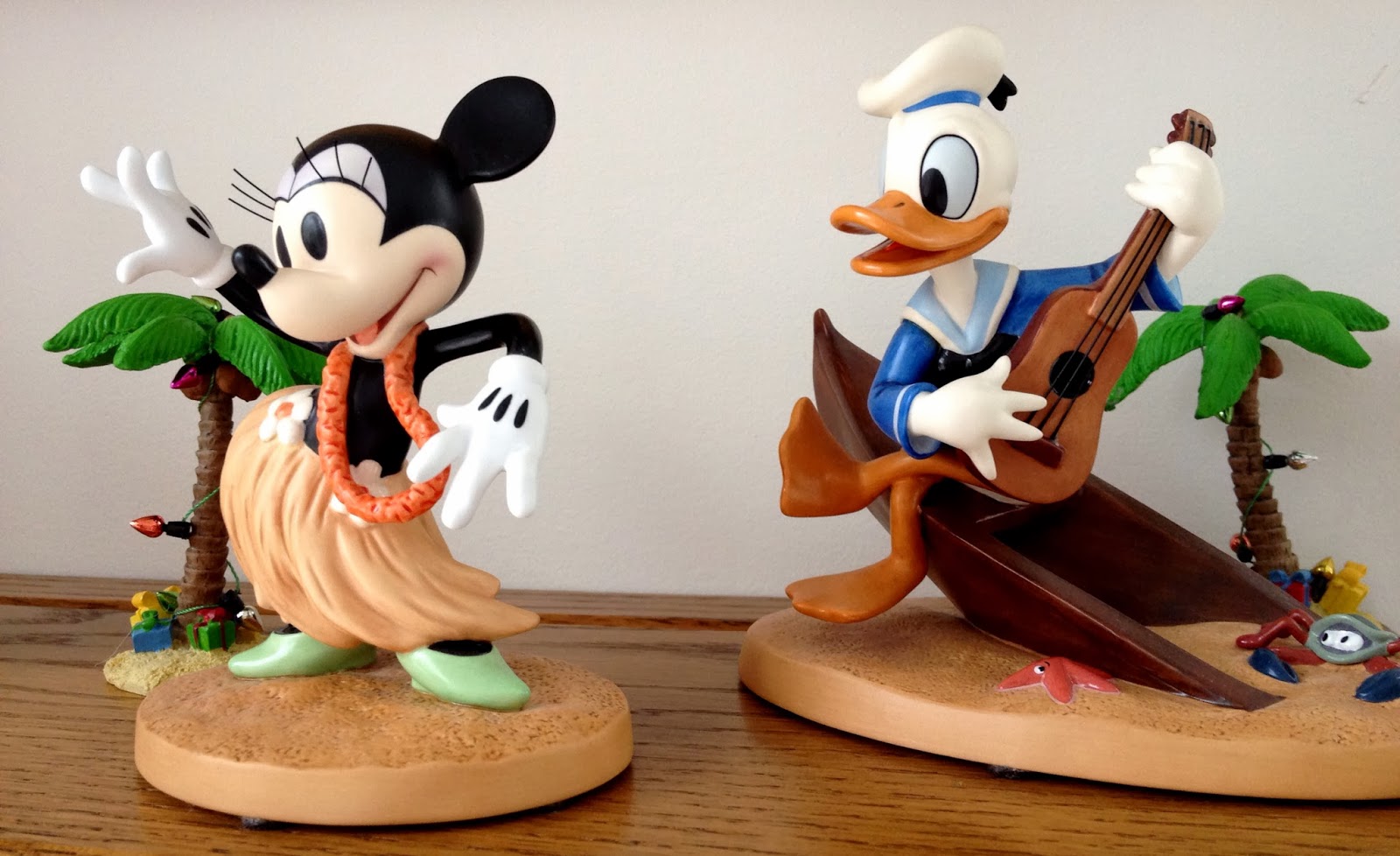 It was rather bittersweet this year unpacking our seasonal Walt Disney Classics Collection pieces. The line officially ended December 2012 and over the past couple years, we've anticipated the next release in Mickey's Christmas Carol and sadly we won't see what next release would be planned or figure how to work into our existing pieces :(

"Tonight You Will Be Visited By Three Spirits" featuring Scrooge McDuck as Ebenezer Scrooge and Goofy as Marley, sculpted by Ruben Procopio was a Numbered Limited Edition (NLE) of 750 released in 2009.

The sculpture was plussed with pewter, resin, brass and brass wire. In addition to being one of my favorite moments in the film, the standout for me is Goofy as Marley.

We're not used to seeing Goofy in this light and can you really imagine Goofy putting the fear into someone as depicted in the sheer terror on Scrooge's face? I also like the detail of Scrooge's chair, showing want a tightwad he was, very apparent by the various rips and tears in the chair's upholstery. 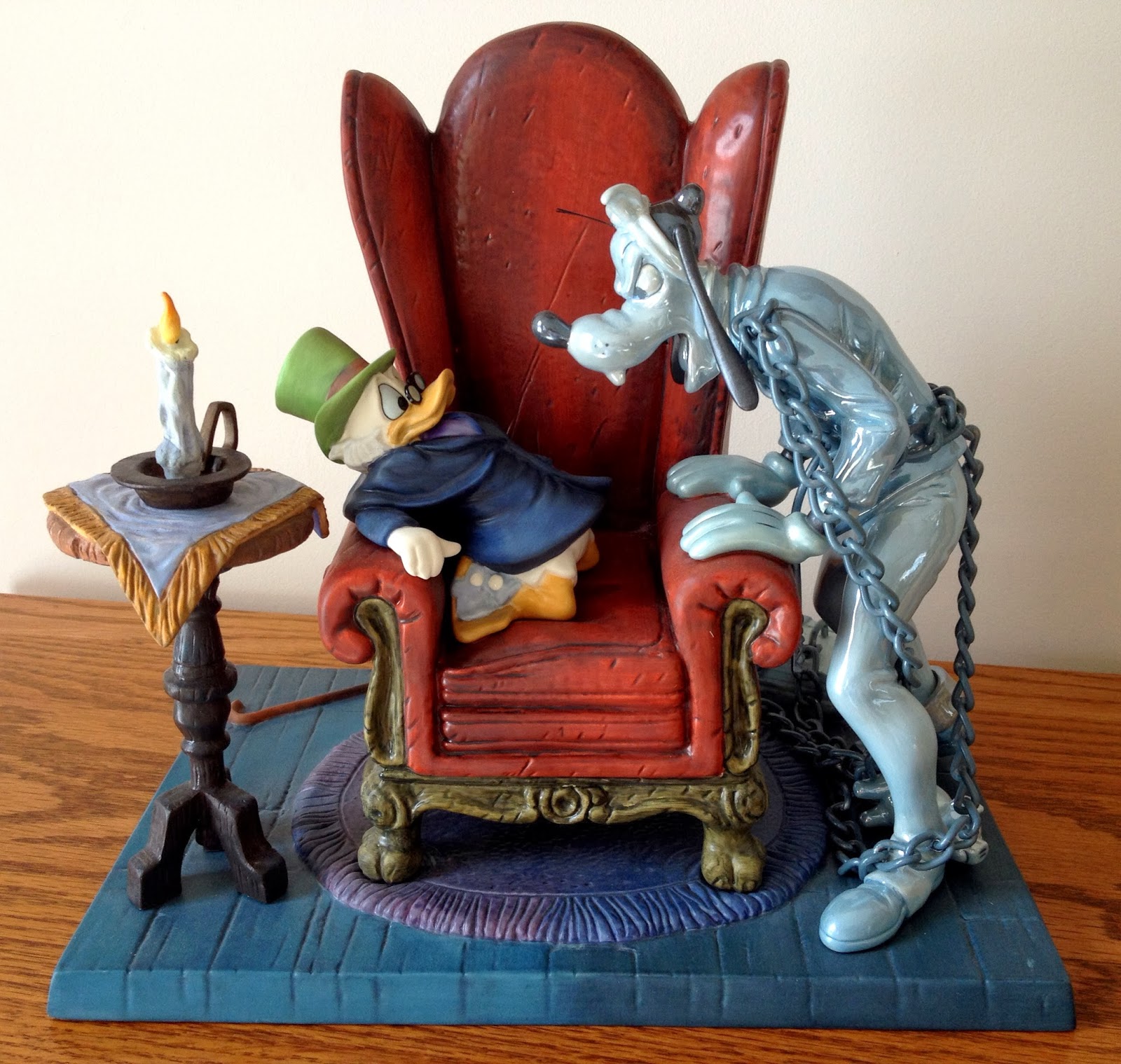 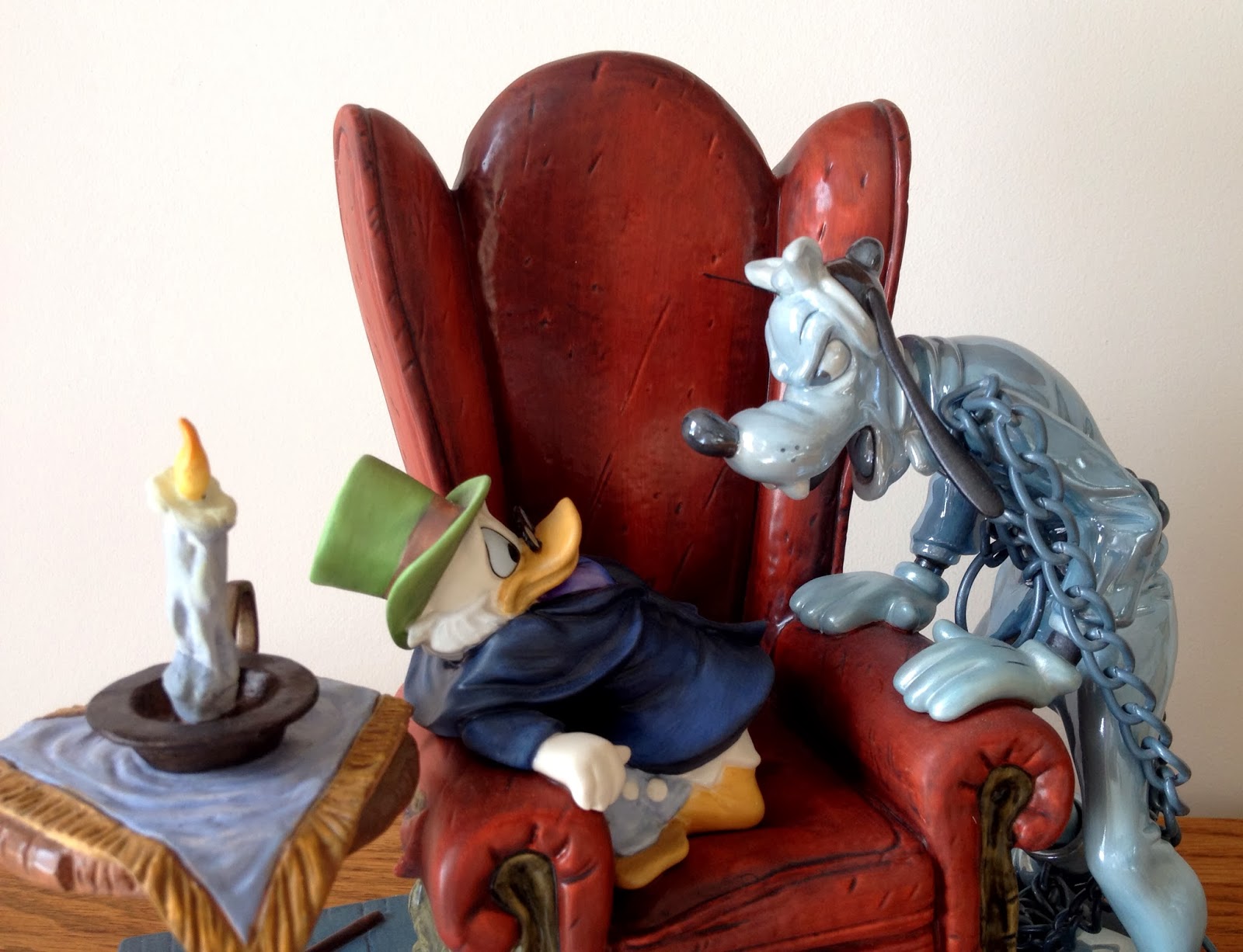 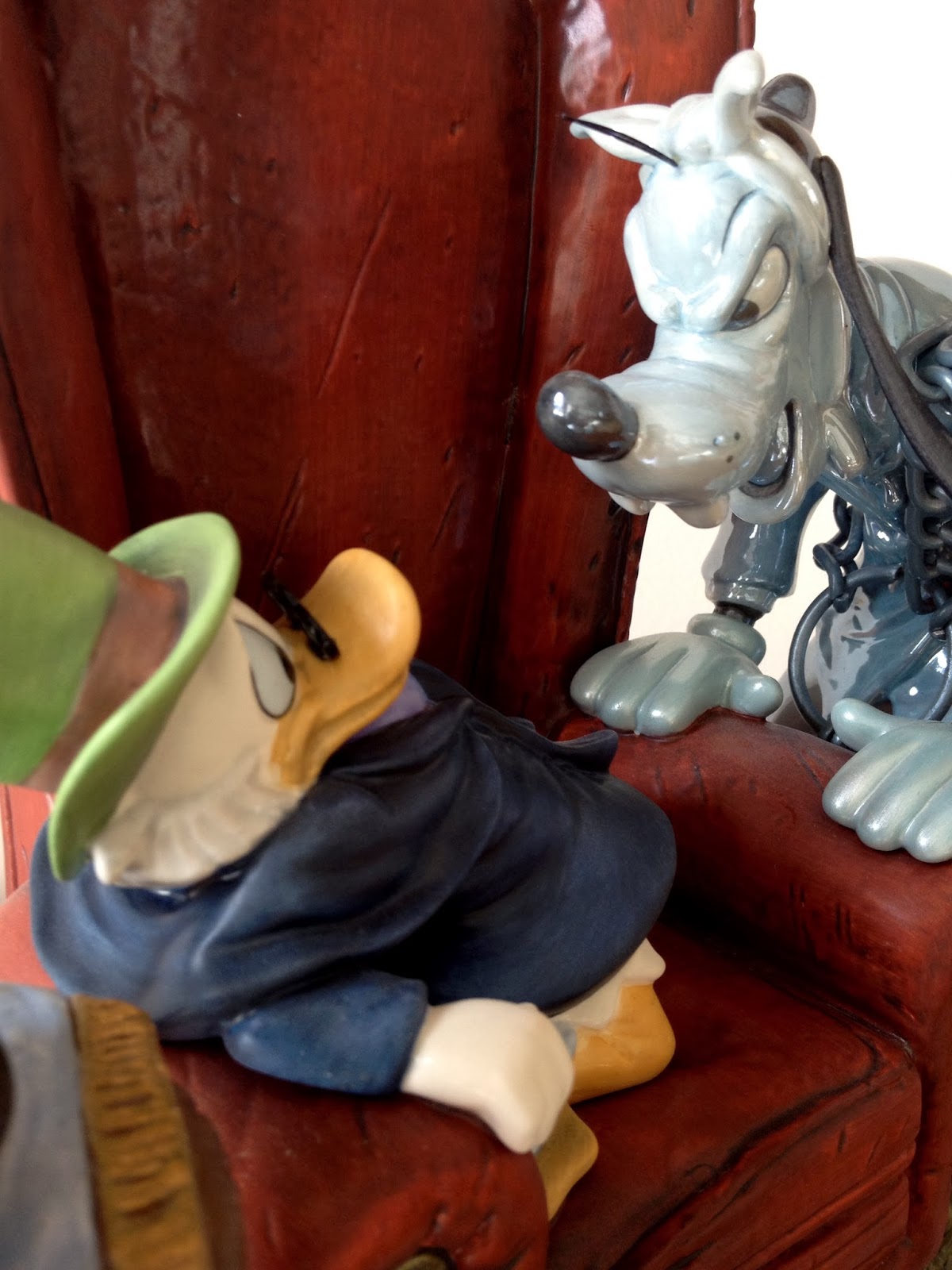 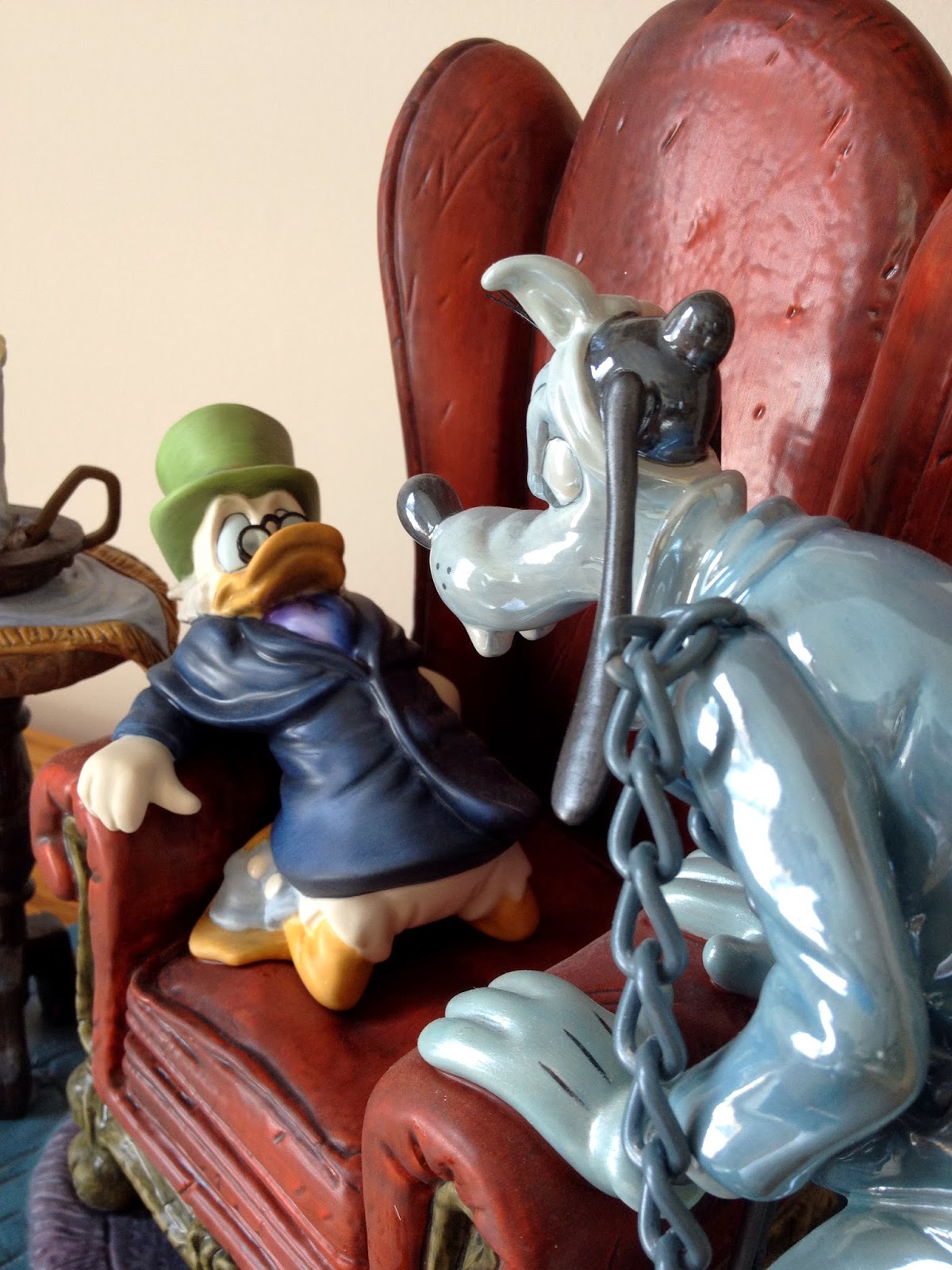 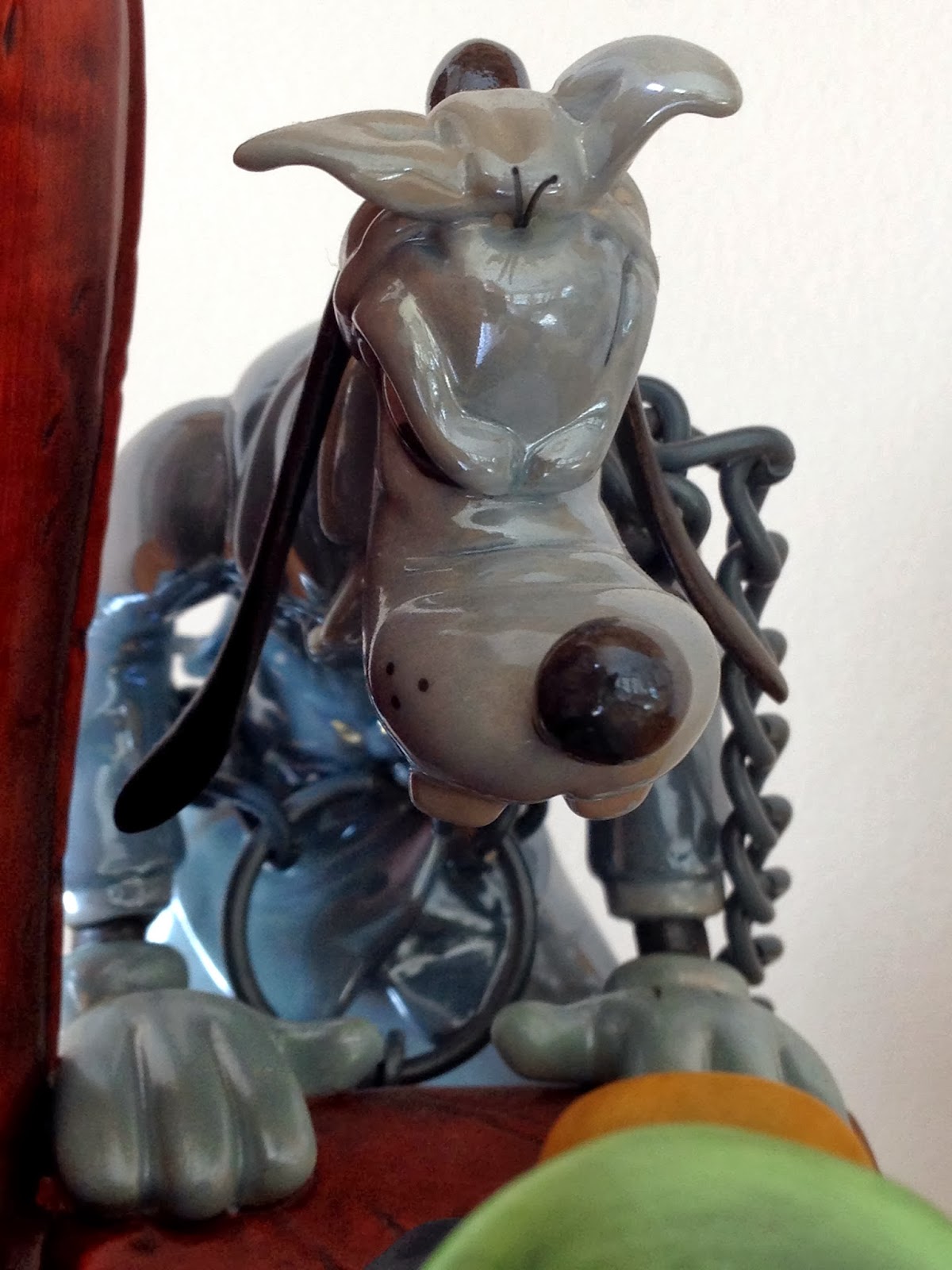 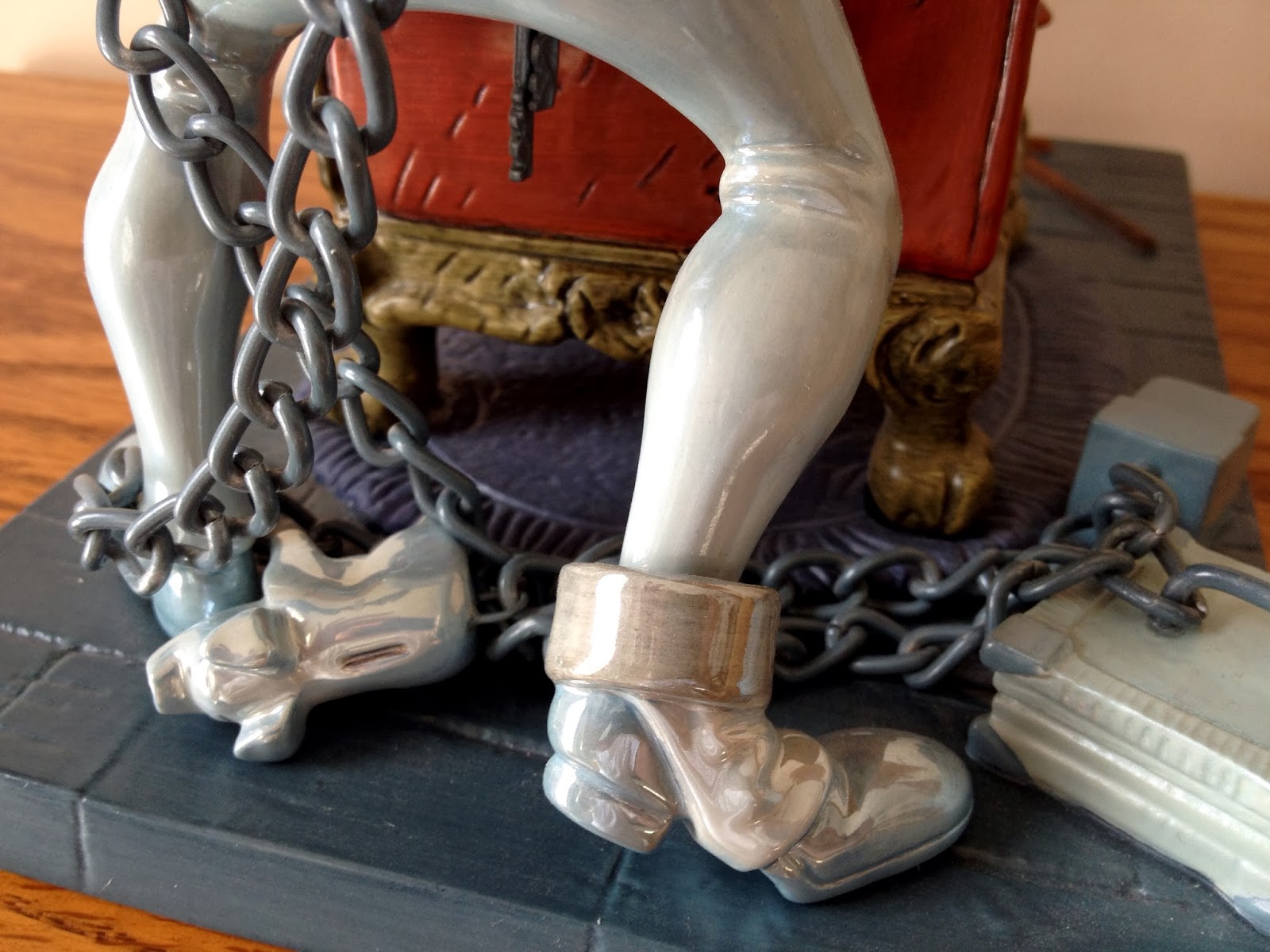 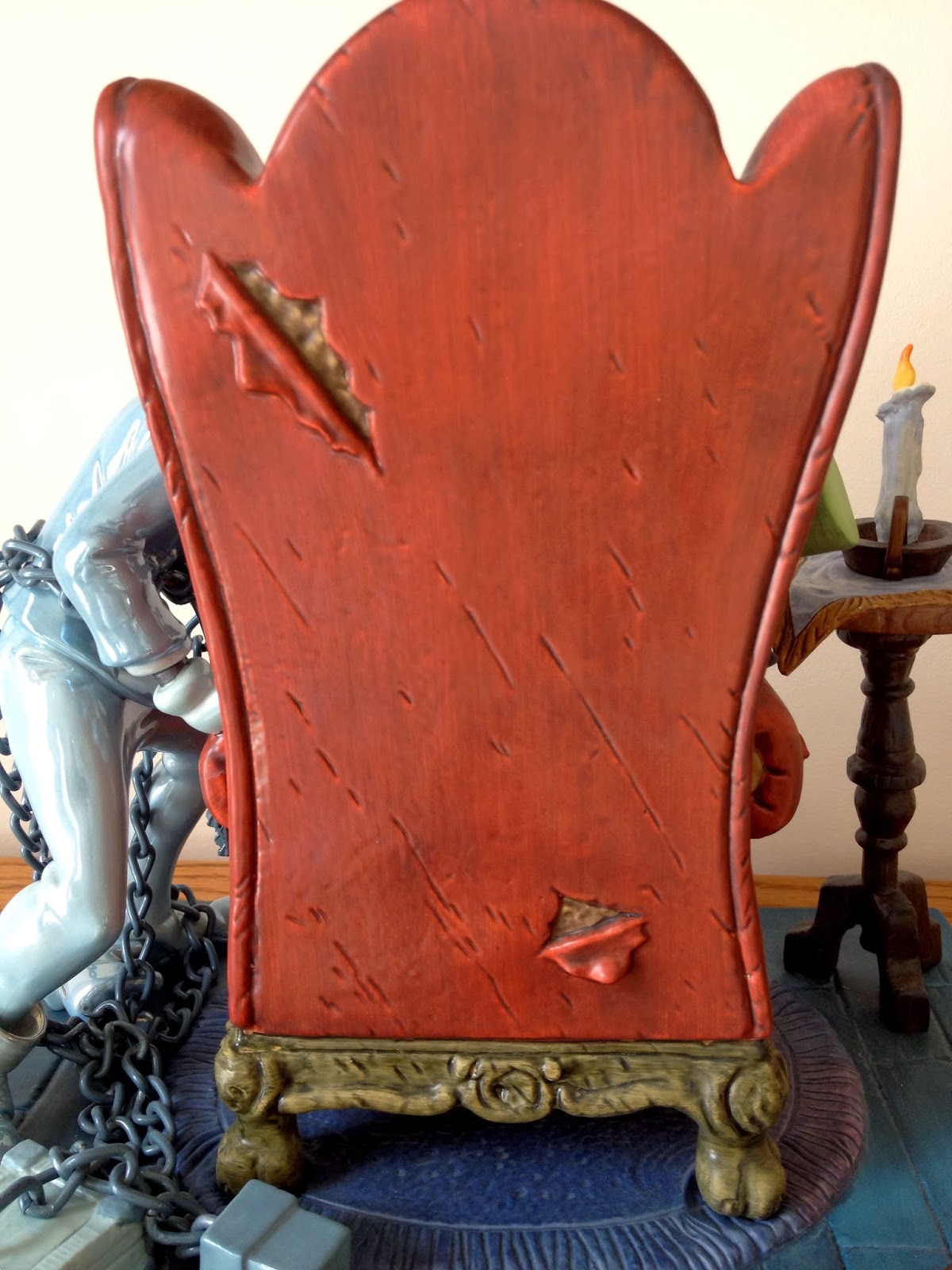 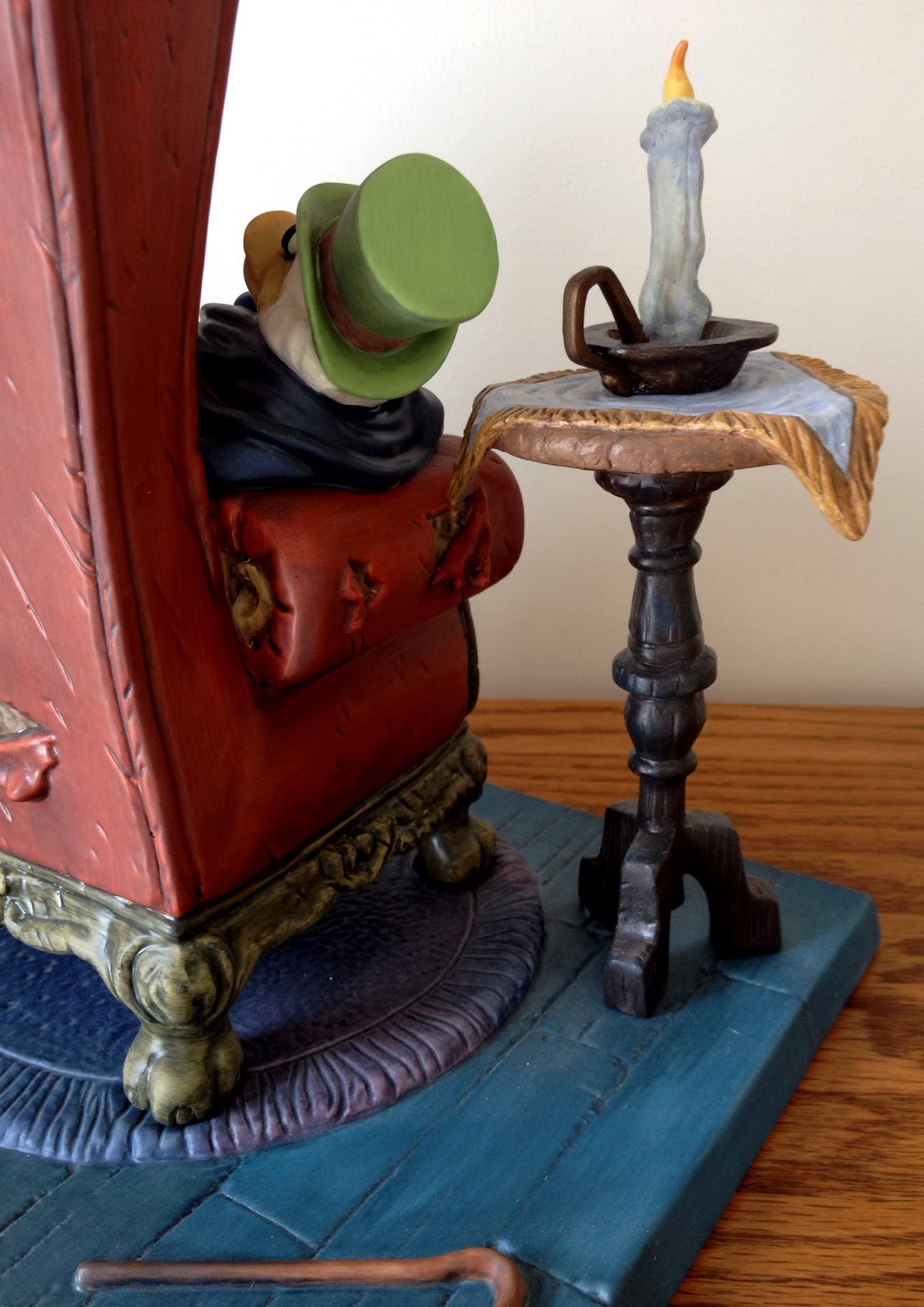 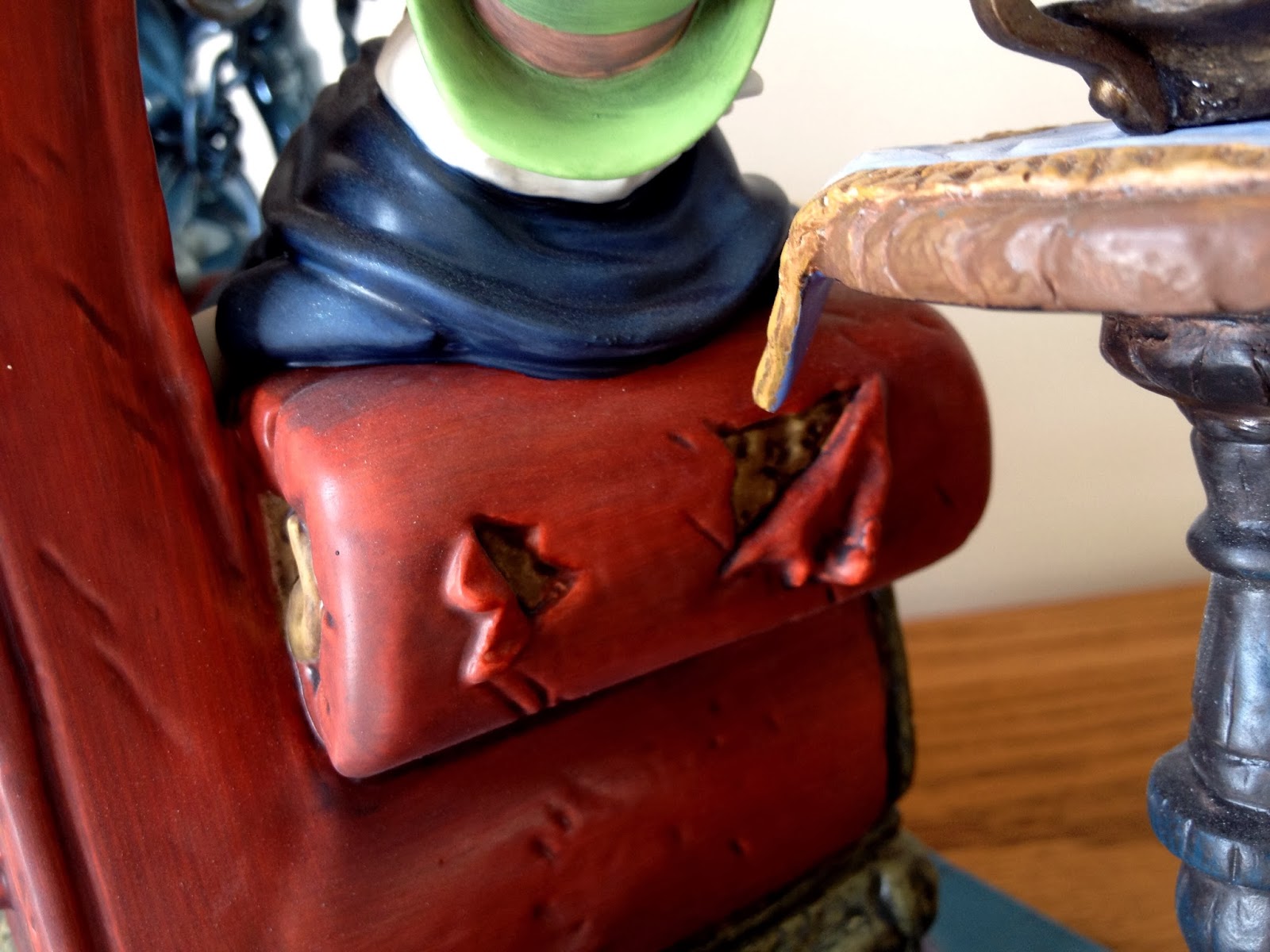