Review: A Splash of Spring

April Showers bring May Flowers and this year's Spring Premiere Event sculpture of Tinker Bell ("A Splash of Spring") did just that!

This weekend is the Event weekend (May 4-6) in the US and Canada (International Event weekends may vary). The latest installment in the Seasons Series depicts spring.

The one thing that caught my eye from the first images available, I like how the sculpture depicts the weight of the rain on her wings, angled down vs. upright as we're used to seeing them and her facial expression as she holds out her hand and looking upward. The base is probably one of the most elaborate bases we've seen in a while with the plussing of the pewter grass and water drops, giving an actual splash effect as the raindrops hit the ground.

A Numbered Limited Edition (NLE) of 1500 sculpted by Jacqueline Perreault Gonzales is the sixth release  in the Disney Artist Series and third release in the Tinker Bell Seasons Series. 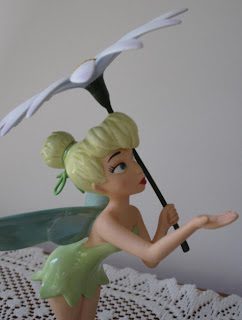 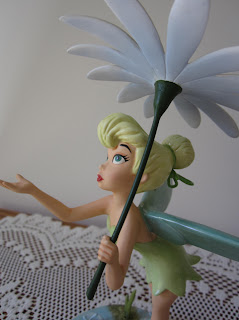 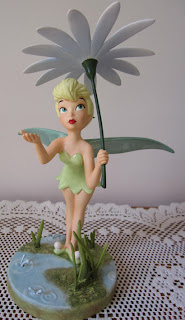 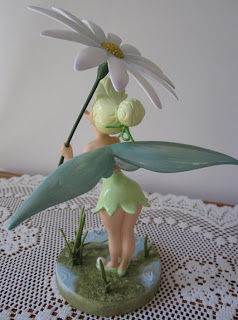 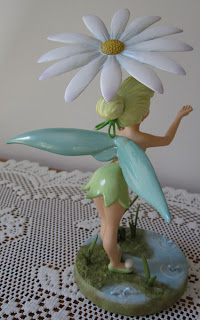 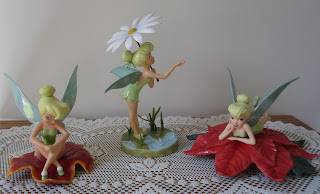 Tinker Bell ("A Splash of Spring") is the third release in the Tinker Bell Seasons Series. Images above and below depict her with the previous two releases. 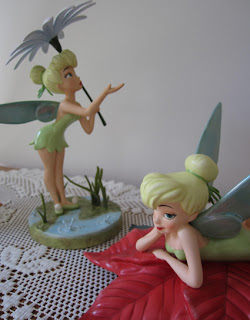 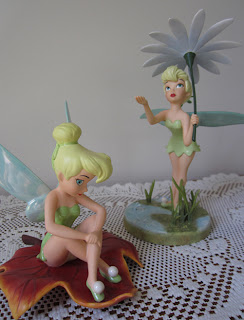 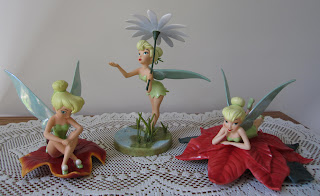 Don, that picture of the three pieces together is terrific!!

Thanks for the review. Always appreciated by those that haven't yet seen the piece in person!

You're welcome Matthew! The three really make a nice grouping, allowing a lot of display opportunities as you can see. We're really looking forward to the Summer Tinker Bell.

It's nice knowing the reviews are helpful!

Hi Don!
As I told you in FB, nice shot!!
Three of them are lovely!
Have a nice day!

Thanks! The series is ending up making a really nice grouping.

Hope all is well.