Review: 'It All Started With a Field Mouse'

On Monday, retailers began to receive the latest sculpture from the Walt Disney Classics Collection.

A highly sought-after collectors item, the Field Mouse has come to symbolize the exacting animation principles and beautiful artistry of the Walt Disney Classics Collection.

What can I say that hasn't already been said ... Love this sculpt and given I'm not a Mickey fan, it has to be something pretty special for me to really want to add to my collection!

When announced, heard this piece had been knocked by some and honestly don't understand why? Its the 20th Anniversary! What would be more fitting? This piece is for the true collector of the line...a nice homage to how it all started with a Mouse both Disney (Mickey Mouse) and the WDCC (Field Mouse).

An amazing job was done by Patrick. This wasn't your typical miniature, this was a full blown sculpture within a sculpture. The base is done in the teal green coloring of the WDCC green boxes and both the underside of the base and the Certificate of Authenticity bear the 20th Anniversary backstamp.

'It All Started With a Field Mouse' sculpted by Patrick Romandy-Simmons is plussed with pewter leaves and a delicately detailed bronze miniature Field Mouse is Limited to Production Year 2012.


Creating My Own Greenbox

When the sculpture was announced, it was suggested to display a WDCC miniature box with the sculpture as if Mickey removed the Field Mouse from its box.  I really liked this suggestion and took it one step further :)

I had an extra box from a 2nd purchase of the Cogsworth miniature from Beauty and the Beast.  First step, remove the label. I was on my way!

I then located my Field Mouse box, took a photo of the label and then resized in Photoshop.  The back side of the box had the paw print production mark. This wasn't going to do, so after some surfing on the net, I was lucky to find a steamboat wheel production mark image online (white with a teal background), resized and placed over the paw print mark. It was kinda cool creating my own green box (see photo above).  Next step, make a miniature Certificate of Authenticity? I'd like to thank Traci for this suggestion .. Thanks Traci!


Below are Some Additional Images. Click on Each Image for a Larger View 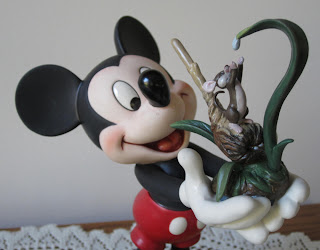 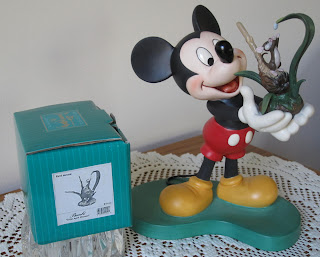 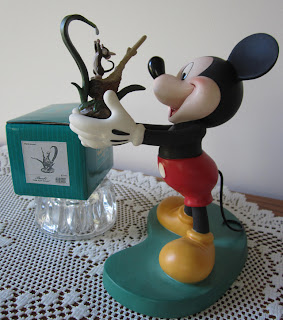 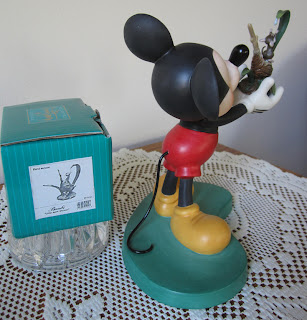 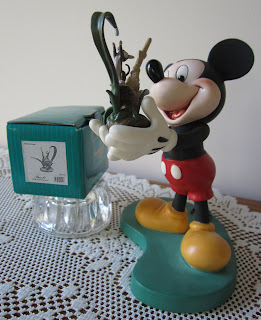 Boy Don, that is what I call devotion! I love the mini WDCC box and your creative enthusiasm is fantastic. And yes, sculpting that miniature Field Mouse piece was not a typical sculpting job! Believe it or not, it took almost as much time to sculpt the Field Mouse as it did Mickey. Enjoy your 20th Anniversary Sculpture!!

Why anyone would knock this piece is beyond me! How much more fitting of a piece could be done for the 20th.

Thanks!! Appreciate both the kind words and compliments! Creating the box was a lot of fun and really pleased in how it turned out.

Luckily I had purchased 2 Cogsworth miniatures, so had an extra box. Bob, I can only imagine the horror in your face if you could have seen me peeling off the Cogsworth sticker ]:)

Agree, how anyone could knock this piece or understand the significance and what a way to honor 20 years plus the 1st release in the collection.

Patrick, would be awesome to hear more about the sculpting that went into this fantastic piece!

Now to find paper like the certificates and make a miniature COA for it!

Seriously Don - the box is a perfect touch! What a great job you did and a fun craft project I am sure. The box really helps tell the story of this sculpture just a little better. LOVE IT!!!

Hey Don didn't want too say anything but when I read you were peeling the label I turned white and clutched my chest..... LOL

Thanks! It was definitely a fun project. The Field Mouse label was actually the easy part, finding a production mark image to cover up the paw print mark was a little harder.

LOL! As I was doing it, I looked over at Mary and said, 'Could you imagine if Bob saw me doing this?' LOL!

I too LOVE Mickey and it is one of my favorite versions of him along with the "Christmas Carol" piece that has him sitting at his desk. The sculpt and colors all POP. I don't think I've ever seen Mickey happier. The box left me speechless and made me laugh. I can't wait to see what you do with "Airborne Amigos".

This might be one of my favorite Mickey's! Really like both the coloring in his face plus his expression.

Glad you enjoyed the box. I really liked the suggestion when Traci mentioned it, then decided to kick it up a notch actually using an image of the original Field Mouse box label.

My Caballero set up planned is a little simpler. Can't wait to see how my planned idea will look in person.